“Urbex (urban exploration or UE) is the exploration of man-made structures, usually abandoned ruins or not usually seen components of the man-made environment”(Wikipedia).

These buildings are often abandoned hospitals, asylums, and industrial buildings, areas that look desolate. I am always intrigued by such photographs. To me they hold a history of a bygone age, a story of our society from an era now removed from our existence. These buildings often served the community and held a workforce of many in our towns and cities.

The images are often taken in black and white, to me this is to represent the historical value what is being captured, but what I ask,  is the onlooker to see deeper into the psyche of urbex pictures. Try to imagine the time and motion of the buildings in their working form, such as a busy hospital ward, workers in the factory and life within the picture, not just the abandonment of its current existence.

The beauty of these pictures is their past to present portrayal. I have tried to take some urbex photographs recently on a visit to Lancaster Castle.  The history of the Castle is thought to go back as far as Roman times as a fort and in the 11th century came under Royal possession as a medieval castle. It has a dark history of executions and the Lancashire witches trials in the 17th century.

The Castle is also known for being a Prison until 2011, but now it is a historical monument, open to the public as a visitor’s attraction for tours.

For Cee’s Black and White Photo Challenge: What is beautiful to you

Here are some Urbex Experts;

7 thoughts on “The Beauty of Urbex”

This site uses Akismet to reduce spam. Learn how your comment data is processed. 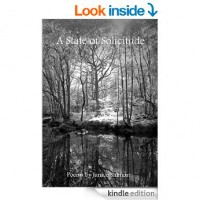